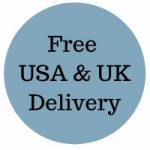 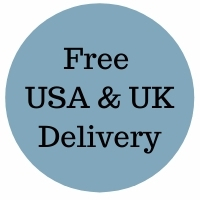 Here at Caithness Yarns, I am committed to farming my sheep properly. That means a relentless focus on the health and happiness of the sheep because happy healthy sheep make better wool for Caithness Yarns. To achieve the very best wool means working within nature and not at the expense of, with sheep as one part of the wider management of the farm, not as the only aspect that matters.

The fine principles stated below are just the starting point for me.  I am constantly innovating my sheep and farm management, always looking to improve the lives of my sheepies, repairing and supporting the natural splendour of Ballachly.

Read more about this in Graeme’s essays on farming for yarn here and in The Knitter.

This is pure 100% wool 5ply Gansey type yarn sourced by me from several local flocks one fleece at a time.

I wanted a traditional Gansey yarn for many reasons, demand being one, but mostly because my family were involved in fishing for generations as well as crofting. I wanted undyed naturally coloured yarn for this because that was the “old” way, using fleece just as it came off the beasts, after all these were originally working garments. They later diversified with folks having “Best” jerseys for showing off their skills and demonstrating the evermore complex stitch forms folks were using. They did remain working items at their heart, I cannot think of my Grandad (father side) without one. That jersey is as central to my thoughts of him as the smell of pipe smoke and his gentleness. I should point out his jersey in my memory was out at the elbows a bit and worn at the cuffs, much to the affront of my auntie Hazel who he lived with in the Village. But then Grandad was still a working man until I think he was 86 being the chief of the inshore salmon fishing operation. he only stopped according to the story when on the day of the local Highland Games they went to work in the morning and caught a bumper catch, Grandad wanted to go for another trawl but the you lads who pulled the oars wanted to go to the games and buggerd off. Grandad took the huff and quit, spending years after complaining that they were doing it wrong. Memories all flooding into me all from thinking about that jersey and that great man who wore one as if it was his skin.

I wanted to start buying the “Black sheep” fleeces that exist in many flocks and are unwanted by the wool board. More fool them cos they are lovely. I had asked around for black Cheviot and got a good response, see my black Arran yarns, but I was also asked by other farmers about other various breeds. When I saw the quality I snapped them up. If the fleece was good I took them; Texel crosses from my cousin, Hebridean and Hebridean crosses from down at Lairg, mystery Black sheep from a 16y old scion of the Cogill farming dynasty, My neighbour Magnus’s many black sheep of hard to identify breed (he just likes the black ones)and others who just came up to me at events across the North last year. Everyone met my standards for animal welfare and I thank them all for their contributions.

So I have this amazing diverse fleece and its just demanding to be made into something great so a marriage made in heaven. Gansey Yarn.

There’s only 14kilos of this so very small batch. That total is the end product of nearly 50 kilos of raw fleece, once I sorted out the rough stuff I sent 28.5 kilos away but these were super greasy and lost 50% of their weight in washing and carding. But that selection process is essential to providing the best yarns for you.

And so to the yarn. As you can see its a fine definite grey-black, there are little if any discernible highlights of other colours. The yarn is fine and really quite soft, it would wear next to the skin, or at least next to mine. maybe I am optimistic but its finer than the Cheviot yarns. There is a serious bounce and spring to this fibre giving its ideal stretch and rebound to anything tightly fitting, I think with care this will not sag out and loose its shape quickly.

This website uses cookies to improve your experience while you navigate through the website. Out of these cookies, the cookies that are categorized as necessary are stored on your browser as they are essential for the working of basic functionalities of the website. We also use third-party cookies that help us analyze and understand how you use this website. These cookies will be stored in your browser only with your consent. You also have the option to opt-out of these cookies. But opting out of some of these cookies may have an effect on your browsing experience.
Necessary Always Enabled
Necessary cookies are absolutely essential for the website to function properly. This category only includes cookies that ensures basic functionalities and security features of the website. These cookies do not store any personal information.
Non-necessary
Any cookies that may not be particularly necessary for the website to function and is used specifically to collect user personal data via analytics, ads, other embedded contents are termed as non-necessary cookies. It is mandatory to procure user consent prior to running these cookies on your website.
SAVE & ACCEPT
Scroll to Top